Pridané 2 týždne dozadu by admin
34 Zobrazení
GIANT SCALE WESTLAND SEA KING TURBINE RC HELICOPTER | RED LODGE HELICOPTERS
A fantastic 1:10 scale model of an iconic helicopter. Powered by a Wren gas turbine this model is about as close as you can get to the real thing. When it is in they sky you would be forgiven for thinking it was the full size Sea King helicopter.

The kit for this helicopter is available at the link below from Red Lodge Helicopters
http://www.redlodgehelicopters.co.uk/westland%20seaking%20kit.htm

The Westland WS-61 Sea King is a British licence-built version of the American Sikorsky S-61 helicopter of the same name, built by Westland Helicopters. The aircraft differs considerably from the American version, with Rolls-Royce Gnome engines (derived from the US General Electric T58), British-made anti-submarine warfare systems and a fully computerised flight control system. The Sea King was primarily designed for performing anti-submarine warfare (ASW) missions. A Sea King variant was adapted by Westland as troop transport known as the Commando.

In British service, the Westland Sea King provided a wide range of services in both the Royal Navy and the Royal Air Force. As well as wartime roles in the Falklands War, the Gulf War, the Balkans conflict, the Iraq War and the Afghanistan War, the Sea King is perhaps most well known in its capacity as a Royal Navy Search and Rescue (red and grey livery) and RAF Search and Rescue Force (yellow livery) helicopter. The Sea King was also adapted to meet the Royal Navy's requirement for a ship-based airborne early warning platform.

On 26 September 2018, the last remaining Sea King variant in Royal Navy service was retired. Most operators have replaced, or are planning to replace, the Sea King with more modern helicopters, such as the NHIndustries NH90 and the AgustaWestland AW101. HeliOperations continue to operate two Mk 5 Sea Kings, based at RNAS Portland, training Federal German Navy pilots. 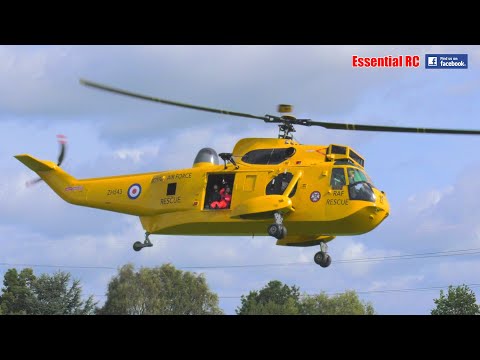